OWLMEN / MENOWLS is inspired by a headline – 10 Man Owls – in the sports section of a newspaper. The complete headline was probably – 10 Man Owls Earn Well Deserved Draw. The Owls is the nickname of Sheffield Wednesday Football Club, and I’m guessing one of their players must have been set off, and despite, that still earning a draw.

I made collages of owls with men’s heads and was then men with owl’s heads.

A fuller description of the genesis of OWLMEN / MENOWLS is included in the book, including sightings of an Owlman in 1976.

A unique pairing of an Owlman and Manowl figure is held in a wallet on the front page of each book.

A limited signed edition of 28 copies 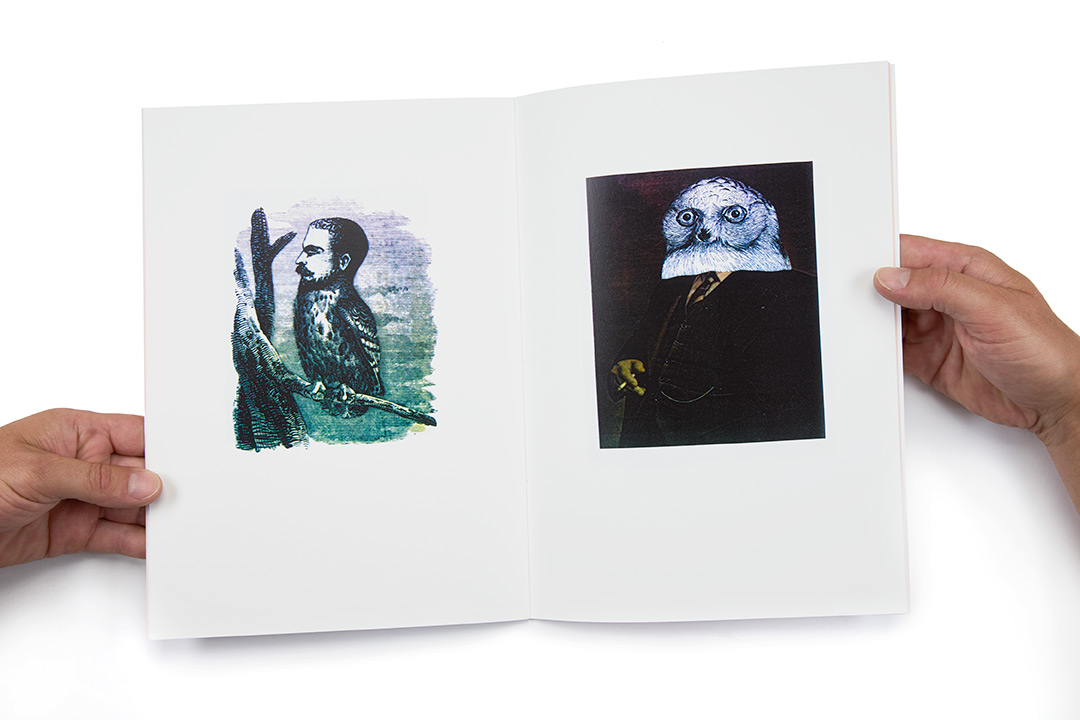